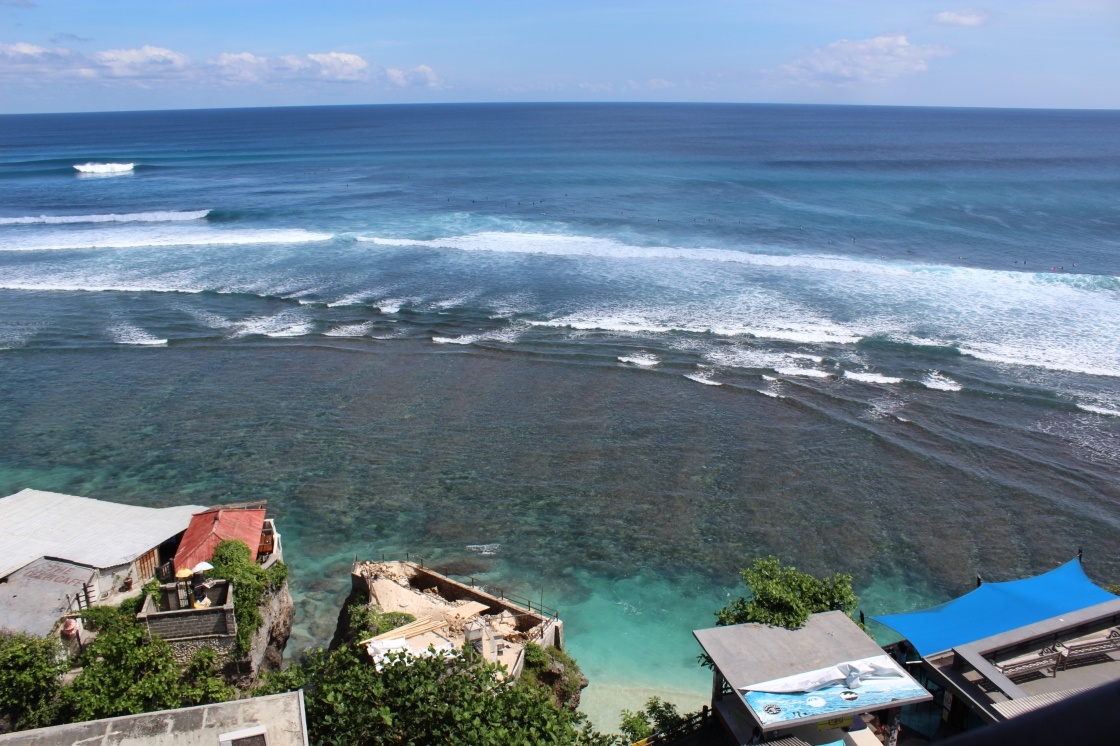 After spending the first half of our trip in the jungles of Ubud, we packed up our things and headed to the beaches. Kuta was our first stop on this leg of our trip.

Kuta beach, the “go-to spot” for foreigners and first-timers. Its ‘s chalk full of bars, restaurants, nightclubs, and shopping so there is something for everyone. There are so many people from all over the world in Kuta so you have endless opportunities to meet new people and make new friends, but it’s over populated with foreign tourists so you’re not likely to get an authentic experience if thats what you’re looking for. While in Kuta we stayed at The Kana Kuta, it was wonderful. The service was exceptional, the rooms were nice and clean, the restaurant offered a variety of tasty dishes and the pool was incredibly refreshing at the end of those hot days. The hotel, unfortunately, isn’t directly on the beach but they offered motorbike rentals so we rented a motorbike the entire 8 days that we were there and were able to get around easily. It’s nice to be able to zip around the backstreets and explore whatever you, whenever you want.

My favorite restaurant that we tried was the Kori Restaurant. The atmosphere is relaxing and you feel like your in someones high end home and the food was absolutely to die for. While there, we got a gigantic pork chop that brought tears to my eyes and the Semur Daging (a balinese beef stew) and I was the happiest person in all of Bali. The only place that I truly disliked in kuta, was Sky Garden. It was absolutely filthy, the staff consisted of the rudest people that I’ve ever encountered while traveling abroad, and it was ungodly overpriced. They even tried to take my very expensive camera that I keep in my little travel satchel thing. No sir. Stay away from this place. 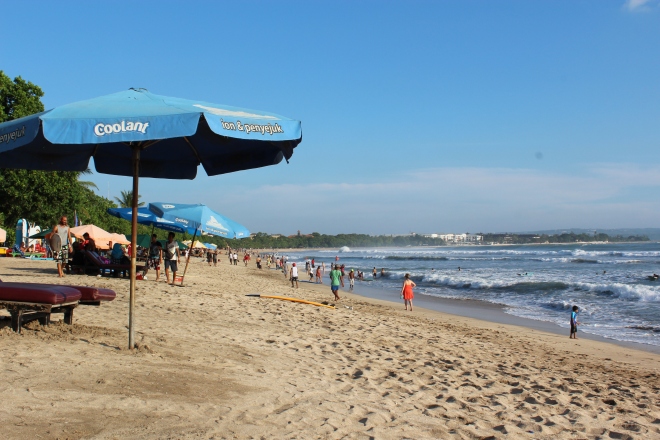 Before leaving for bali, my boyfriend and I were talking with another couple that had been to Bali and they were raving about how “we absolutely couldn’t miss uluwatu temple”. We figured we might as well check it out so we hopped on our trusty motorbike and made the 20 minute ride to Suluban Beach. We followed our map to a hotel and happened to see a couple of surfers walking towards the coast so we figured they must be walking down to the beach or at least know where it is. Once we rounded the corner we realized they had led us to the entrance of Single Fin bar and the most beautiful view of the ocean that I had seen. I had heard of and seen pictures of Single Fin but I didn’t think I’d actually end up there. We decided to grab some lunch and thank god we did because it turned out to be the best Indonesian fried noodles that we had had so far on our trip. 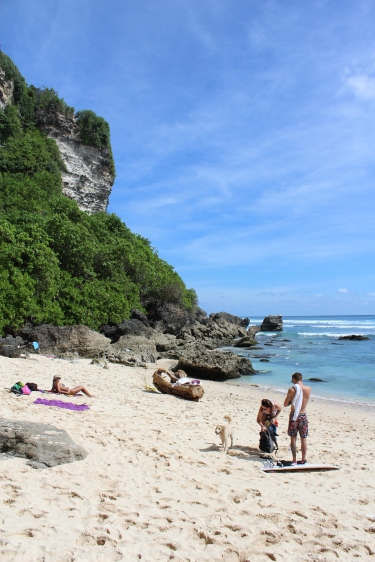 After lunch we followed a narrow winding path through tiny huts built into the side of the cliffs and finally made our way down to the glory that is Suluban Beach. The first beach you see seems tiny and the sun just barely peeks through the leaves that grow over the ravine up above but after some squeezing through some tunnels that are only accessible by low tide, we made our way out to the secret little beach hidden from tourists. It was wonderful and such a unique experience. There were a bunch of locals hanging out with their dogs, a guy had a slackline set up and was letting people try it out, and there was a man with a cart selling ice cold beers that could be drank right on the beach. We had found heaven.

After sunbathing at the beach for a few hours, we packed up our things and made another 10 minute ride to Uluwatu Temple. We parked a trusty motorbike, hid all our shiny belongings and paid the $2 a person to get into the temple grounds. They even put us in some traditional wear so we could walk around respectfully. Once inside the grounds, we were following on of the many paths when we came across a group of monkeys. They were the same monkeys that we had seen at The Sacred Monkey Forest but these monkeys were far more aggressive and even showed their fangs to us if we got too close to them while trying to snap some pictures. The temple had incredible views of the ocean as it is built onto sheer cliffs, and expands some distance along the coast making it a gem to walk at sunset. Overall the temple was, albeit beautiful and unique, a but underwhelming after our adventures through Angkor Wat in Cambodia.

The last beach area that we visited on our trip was to Seminyak. This part of bali is swanky and a little more upscale than Kuta beach, although it lies just north on the coast from Kuta. Seminyak is known for its charming villas, eclectic restaurants, and high end shopping. I loved Seminyak. I think if I was to go back to Bali I would center my trip around there and Ubud again. It just has that wonderful beachy vibe that you feel when you think ‘Bali’. Another reason I loved Seminyak was because that’s where Happy Chappy Chinese is. If you’ve never had Dim Sum, strive to make this your first experience. It was the best meal that we had had during the entire vacation and it was so much fun to watch all the carts roll around with a plethora of steamed and fried dumplings, all different and unique in their own ways. Not to mention they have an amazing bar that puts out some incredible drinks. If you’re ever in Bali, make it a point to check it out. Its worth it, I promise.